Function hooking is a powerful tool for attackers. The ability to inspect and modify data structures as they’re passed between functions within a program gives an attacker lots of options for session riding, credential theft, parameter modification, etc. We’re going to take a look at an excellent tool that is provided to us by Microsoft called Application Verifier, which can be leveraged to perform hooking(and persistence) in a trivial, yet powerful manner by letting us run code in the context of an arbitrary unmanaged(native) application.

The MSDN page describes AppVerifier as such:

Application Verifier loads a particular Verification Provider into a process as it starts up. This provider, which comes in the form of a DLL, should contain the tests that are to be run in the context of the application being tested. These “tests” can be arbitrary. The provider is loaded at application startup, right after NTDLL.dll; Because of this, we won’t have access to managed code segments in our attack code because we cannot load the CLR (Common Language Runtime, AKA .Net’s execution environment) this early. For most things, this isn’t an actual problem, but it’s good to know.

So, we can load code into any application as it starts using a mechanism provided by the operating system? LD_PRELOAD anyone? Let’s see how we can leverage this.

Overall, the process of getting our code launched is as follows:

Note that this method requires administrator privileges (a UAC bypass should happen before installing the verification provider and its accompanying registry entries), as we’re writing to HKLM and performing a privileged copy into System32 or SysWow64.

For the demonstration of these capabilities, we’re going to inspect and log POST requests made by Firefox by hooking the PR_WRITE function. This will give us access to the data as it’s being sent, just before it becomes encrypted with TLS and sent over the network.

Details on PR_WRITE and other functions in the Netscape Portable Runtime can be found here.

You can parse these requests with regular expressions to extract usernames and passwords from POST requests sent to login pages, for example. These siphoned passwords or sensitive requests can be loggedto a 3rd party server. I won’t go over writing the regular expressions or reporting aspect, as this article is meant to focus on the deployment and implementation of the hook. When the function is called, our code will execute before the real function and we will be able to inspect or modify the data before forwarding it to the real function. For PR_WRITE, the data being written to the specified file descriptor(fd) is stored in the buf parameter.

Sometimes you’ll be working with mostly opaque code (no source available) and have to deal with reverse engineering to determine structure types and contents, function prototypes, etc. This can suck. In this case howerver, the code we’re looking for (the Netscape Portable Runtime headers) is available for inspection and copypasta. We’ll be using their headers to define the structures we’re accessing.

Note that when compiling this DLL, its bitness must match the target application. You must also disable the CLR and set the entrypoint to DllMain. Not doing so will cause the verifier to fail to load. If you decide to implement any assembly routines to be run, you should also then disable optimizations. Visual Studio makes doing these things fairly easy via tweaking project settings.

With our DLL compiled, we just copy it into the correct directory like so:

Then launch Firefox from WinDbg. 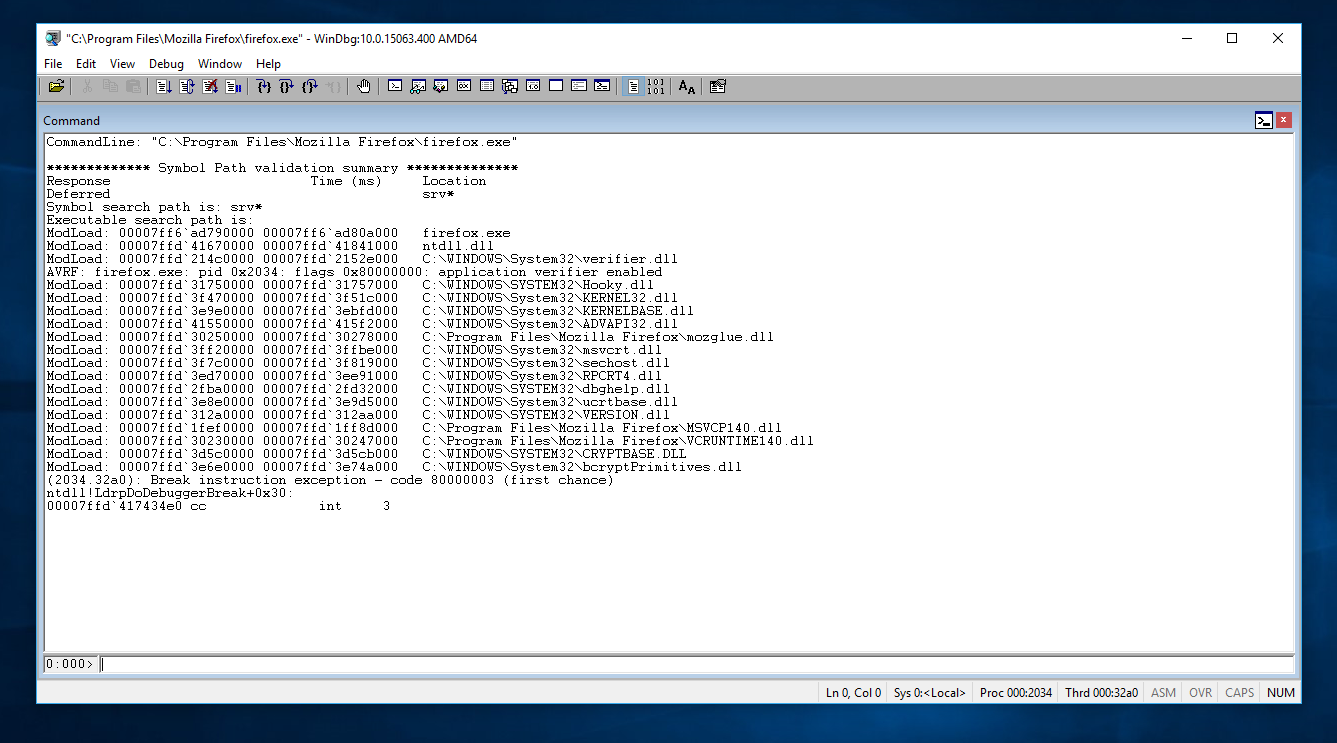 Press g to release the breakpoint and let Firefox continue execution, then navigate to a website. I’ll go to Google.com; We can see in the window that our traffic that is passing through PR_WRITE is being logged successfully. 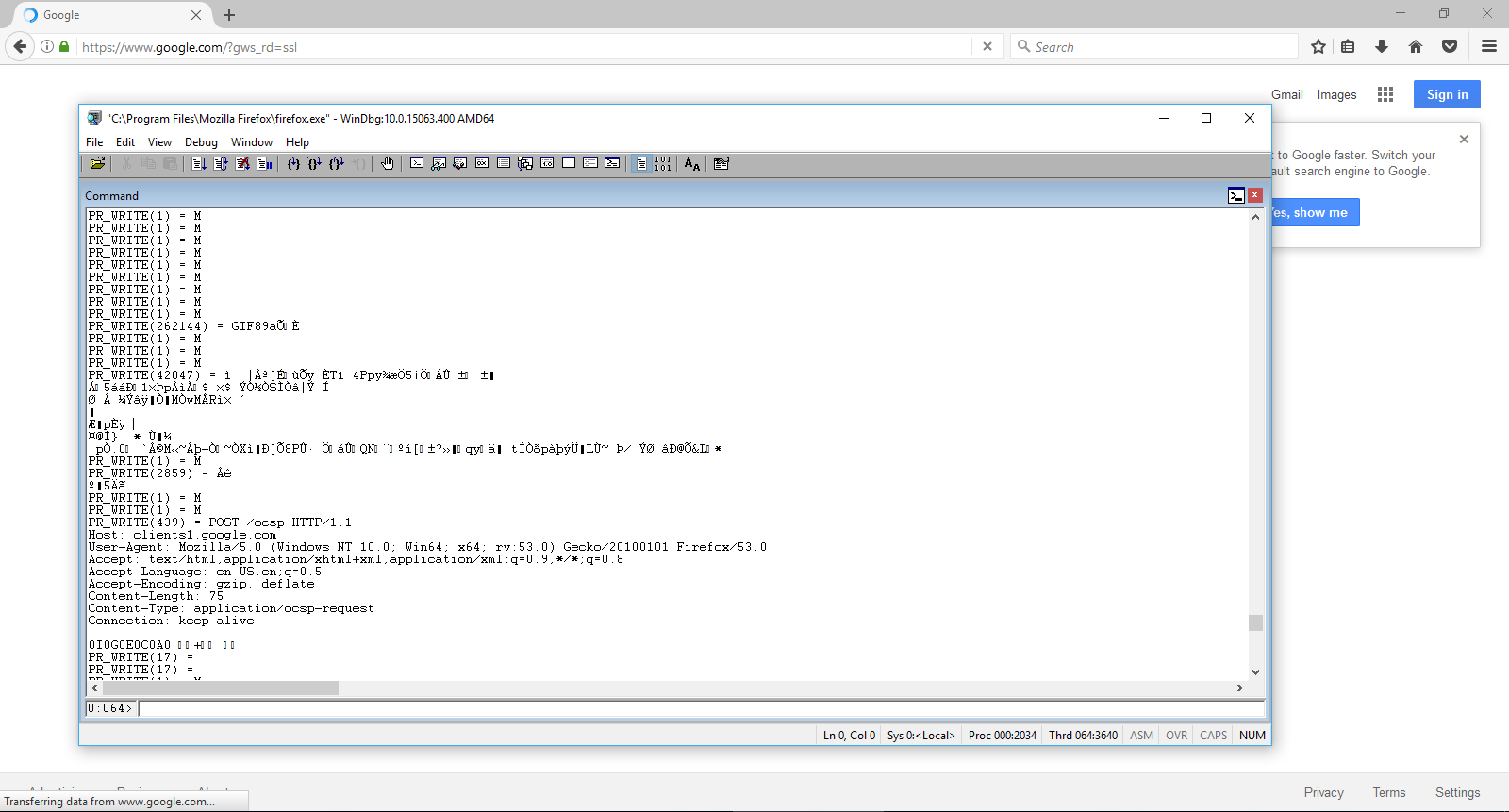 Now let’s do a test to see if we really do have access to sensitive traffic. I’ll try to log into Twitter (with fake credentials of course). 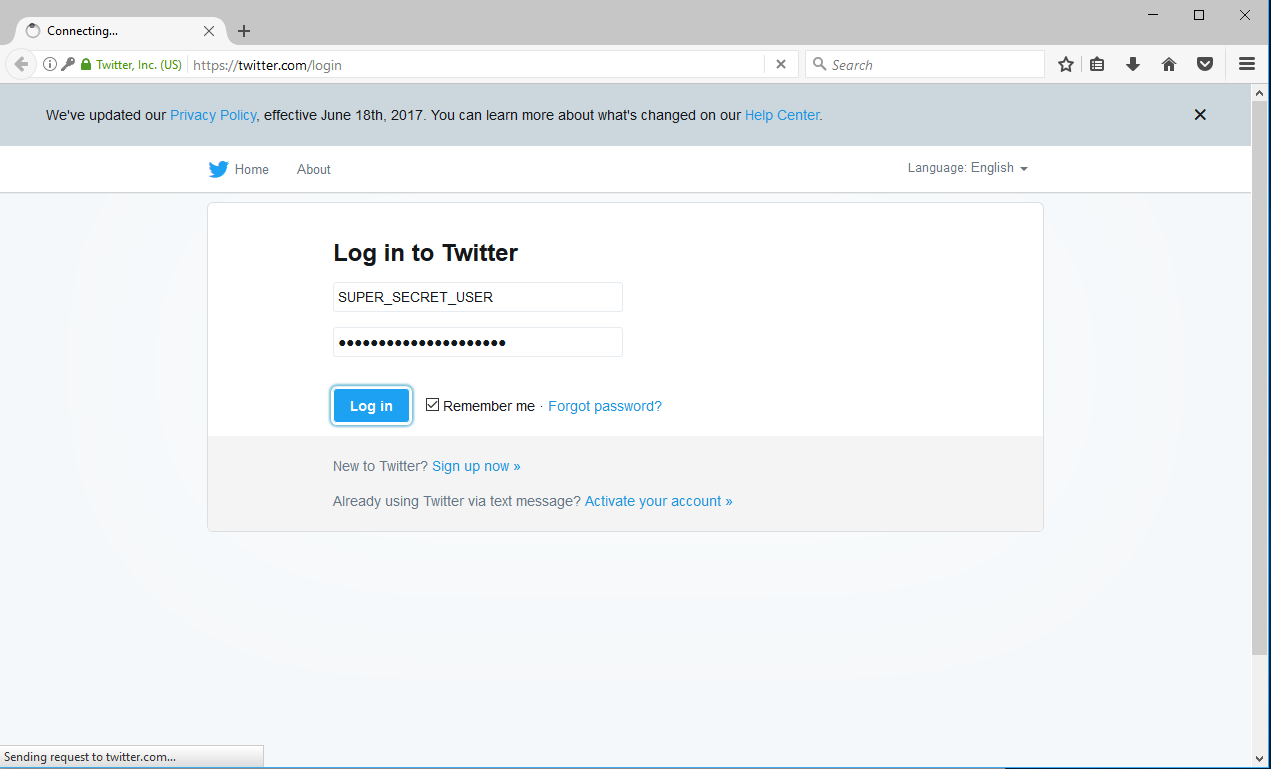 Now let’s inspect our traffic log file and search for these values: 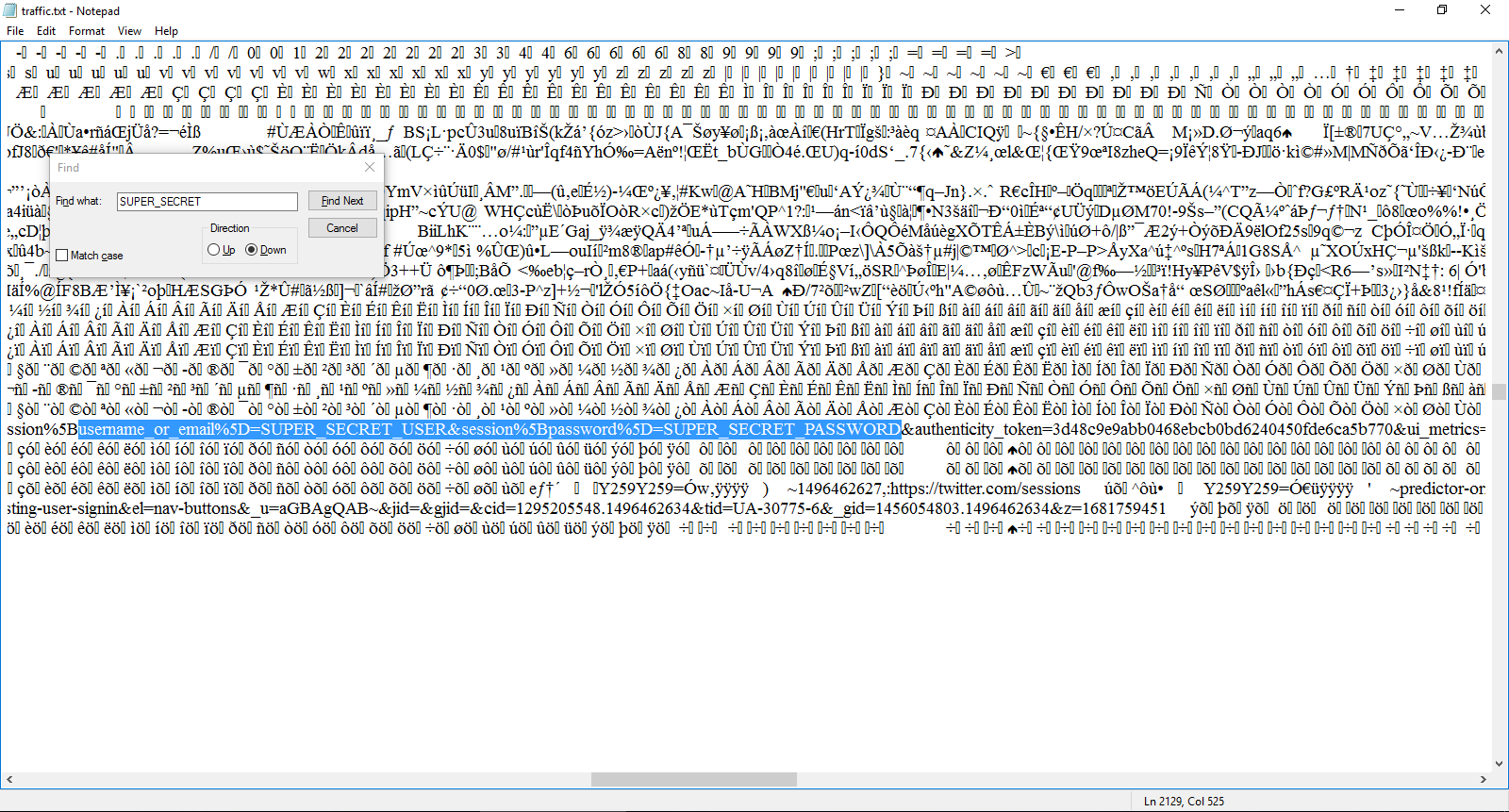 With Respect To Persistence

Instead of installing a function hook, you could simply use this code execution point as a springboard to launch some other component of your malware. You can still use the DLL_PROCESS_ATTACH event as normal, and it’s subject to all the same restrictions as it typically is.

About Application Shims As new versions of Windows get released, and system APIs get updated, older applications develop problems. Some wont install/run because theyre only coded to check for compa...

Foreword macOS’s default Terminal.app is garbage, and everyone knows it; they also know iTerm is by and large the most popular terminal replacement for macOS. But did you know iTerm is also a fanta...

Foreward I thought it might be fun to poke at Homebrew and see what kind of things I could find. Welcome to the beginning of what I hope will be a small but fun series of posts on abusing HomeBrew...